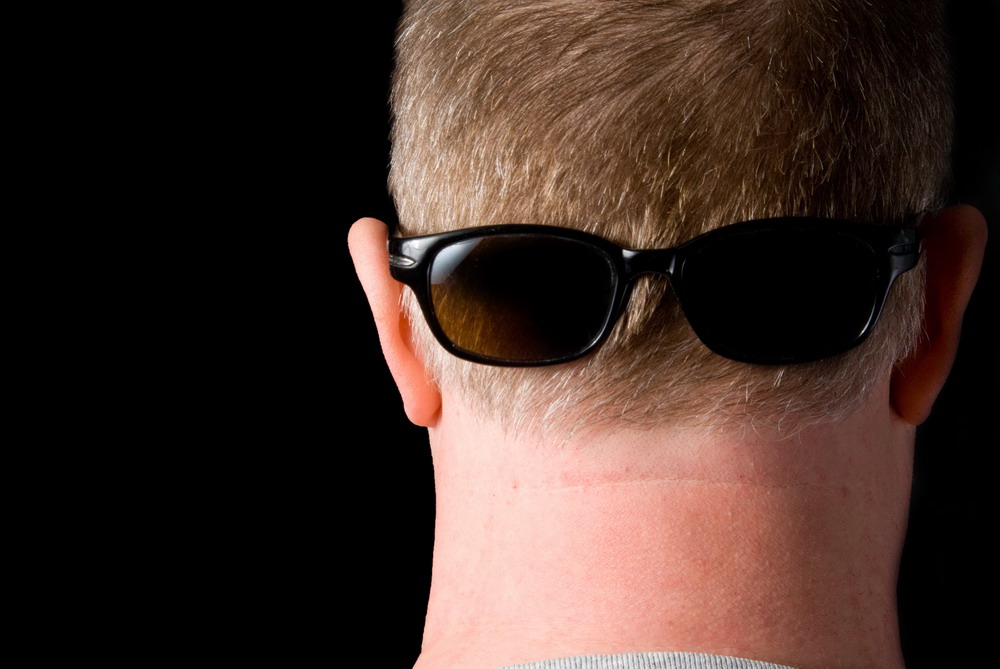 Unless You’re Guy Fieri, Wear Your Sunglasses Up Front

Every now and again a celebrity will come up with a fashion trend that is, quite frankly, nothing short of annoying. Guy Fieri’s habit of wearing his sunglasses on the back of his head is a classic example. He has a good reason for doing so, but no one else does. If you are not Guy Fieri, wear your sunglasses up front. Please.

Sunglasses are a facial accoutrement designed to protect the eyes. Only moms have eyes on the backs of their heads, and they can’t be seen anyway because they are covered by hair. So even moms don’t need to wear their shades like Guy Fieri. Anyone who copies the celebrated TV chef is just being pretentious.

1.The Kitchen Is a Dirty Place

We get why Guy Fieri wears his sunglasses on the back of his head. He is a restaurateur first and foremost. And, as it turns out, the kitchen is a dirty place. He couldn’t wear his sunglasses out front and reasonably expect them to stay clean while he’s busy observing Chef Al make his signature chili with a side of nuclear sauce.

For the record, the rest of us only know about Fieri’s habit because we have seen him on television. Most of us have only seen him interviewing restaurant owners in their kitchens before hopping in a red convertible – which is sweet, by the way – and heading off in search of the next burger joint. We don’t really know if he always wears his sunglasses on the back of his head.

The whole thing is rather bizarre. Celebrities are people, too. The only thing that makes them celebrities is the number of people who can identify them on the street. That’s it. Think about it. You could just as easily go watch chef Al cook his famous chili. Al doesn’t need a celebrity chef to stand out. Neither do you.

Getting back to Guy Fieri’s sunglasses, there is also something to be said about celebrity brands. It is a safe bet that rabid Fieri fans have researched his favorite brand so that they can go out and buy the same shades. According to Salt Lake City’s Olympic Eyewear, this sort of thing is rampant in their business. But it is not limited exclusively to sunglasses.

The entire fashion world is dominated by celebrities. Designers and manufacturers work awfully hard to get celebrities to wear their clothing. They know even an informal celebrity endorsement could be worth millions in sales. But why stop there?

Celebrities have been known to endorse everything from car brands to home security systems. For some reason, we find it easy to believe that an insurance company’s products are better because they are pitched by a former NFL player. We are more likely to choose one food delivery service over another because it is endorsed by a comedian.